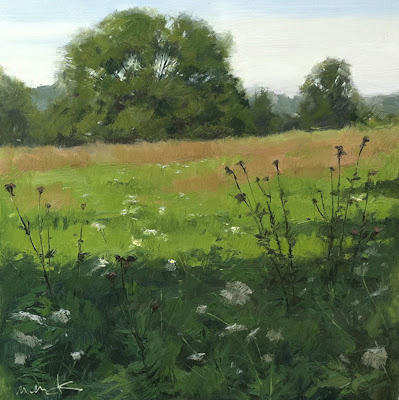 We have an insect here in the south that I think anyone who has been outdoors any length of time has been eaten by. It's the chigger. I always thought they were a cousin to a tick but apparently are more akin to the mite. When they are larvae is when they attach themselves to the "host" and "feed on the fluids of the skin cells". And just by where they seem to go on one's person, I would say they like dark and concealed areas. Just guessin'.
The reason I feel so compelled to write of the chigger right now is the fact that I am sitting here writing this and wearing out a good set of fingernails scratching and digging at my "dark and concelled areas" that I mentioned earlier.
I painted with the Chestnut Group yesterday getting ready for the Land Trust Show in October on the farm of Bill McEwen. Bill has a fabulous farm and a more fabulous wife, who was our host most of the day. We had a good crew turn out and scored a little lunch at the Duck River Market in Shady Grove. But before all this began I was offered bug spray and refused. For some reason I feel impervious to chiggers and it has never worked out for me. Ever. But I will say, for some reason, it has been a light chigger year for me. Not too many this year. And the reason I posted the picture above is the fact that this was painted during one of the most aggressive chigger attacks I have ever been under. It was painted a few weeks ago and it took awhile to get over that one. When I see this painting I shudder. And itch.
This painting and about 15 others are about to make a trip to Charleston, SC to be in a two man show with Ken Pledger at the M Gallery. I will be leaving on Tuesday and the opening is Friday night. The show will hang most of the month of August so if you're in Charleston drop by the gallery and take a look. And if you get a whiff of Deep Woods Off or DEET, that'll be me.
Posted by Kevin Menck at 11:22 AM 11 comments:

I just got in from the Huntsville Museum of Art after delivering paintings for the Plein Air Painters of the Southeast's exhibit "A Sense of Place" which runs from August the 7th to September 23rd. There will also be, in conjunction with the show, workshops taught by members of PAP-SE given during the month of September. Anyone interested in taking one of the workshops should contact The Huntsville Museum of Art for details.

Speaking of the museum, I had no idea Huntsville had such a nice facility for the arts. This thing was gorgeous. I had heard some of the art community in Nashville talk about how nice it was but after a private tour today due to the fact they were closed, I was very impressed. I plan on getting on the mailing list and hopefully making the one and a half to two hour drive from time to time. Not bad at all for a day trip. If you get a chance in the next month or two drop by and see the show.
Posted by Kevin Menck at 7:18 PM No comments: 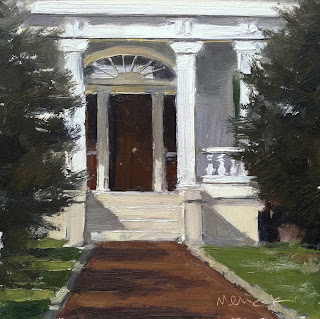 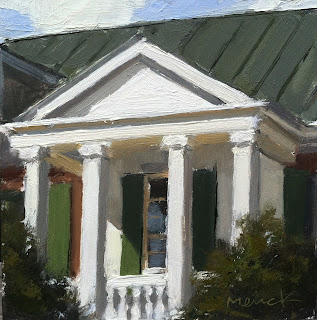 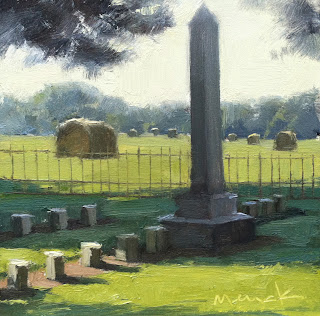 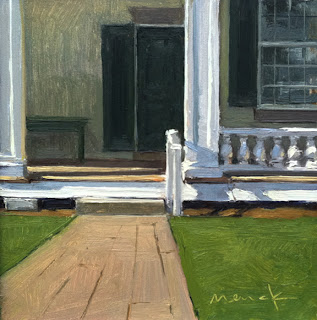 Here are the only paintings I got done for the Carnton Show with the Chestnuts next week. Time was short these past few months and I had a million things I was trying to accomplish and get ready for.
We here in Tennessee have tons of wonderful Civil War significant locations and properties in our area and are fortunate to have them, so hopefully we can generate a little money to help maintain them. They are treasures that once gone are gone and I think we should do everything we can to preserve and keep them.
There should be around 200 pieces in the show when all is said and done so if you get a chance drop by the Carnton Mansion next week and take a look.
Posted by Kevin Menck at 10:02 AM 2 comments:

Recently I have had the good luck to attend a few quality happenings here in our area. 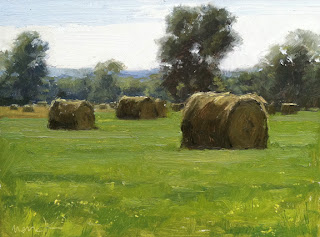 As I was painting the painting above in the Leiper's Fork area I could hear a sound check in the distance.  If you ever hear a sound check in the Leiper's Fork area, run to it. I guarantee it will be a show like none other. The area is full of talented and pedigreed musicians and when they get together it is a show. The sound check I had heard was for two bands to play on the back porch there in the fork. The Hog Slop Stringband and L'Angelus.  To say these bands were talented and tight would be an understatement. If they come anywhere near you, go. 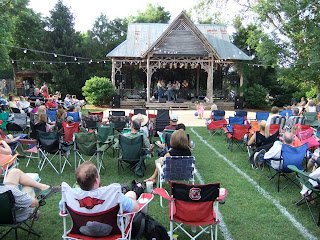 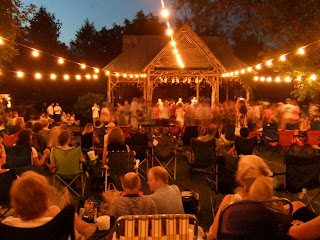 My second southern cultural experience was the Tennessee Shakespeare Festival's rendition of "Comedy of Errors". It is Shakespeare set in late 19th century S.C. and it is clever and funny and is held under a large tent on the campus of The Webb School in Bell Buckle Tennessee. Take a picnic, bottle of wine and a blanket and make an evening of it. It is a great way to spend a summer evening. 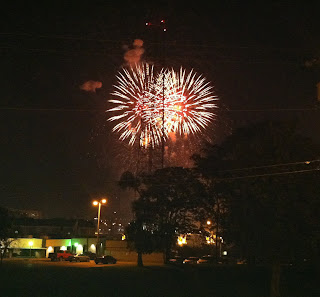 And thirdly, I spent July the fourth at the Nashville fireworks display downtown. What a fireworks show! Geez. We have friends that have an apartment on the hill at Lea Street at the grassy field above the old KDF building. Great view and easy parking. Sweet. Thanks Sherri. Something else that if you haven't done you might want to try at least once. It's awesome. The roar and bang factor is phenomenal. We were a half mile away and it shook the whole building we were in. As it was happening I imagined the din and concussion of Paris streets during the Franco Prussian war of 1870, Gettysburg, or the charge of the 4th and 13th Light Dragoons, 17th Lancers and the 8th and 11th Hussars straight up a mile long valley in Balaclava into and through a line of cannon in a constant state of fire. What could that have possibly felt and sounded like? I was flinching at a firework show a half mile away. Not being from a military background it is incomprehensible to me what can compel a soldier to complete a mission in that type of chaos and shock. They call it bravery but to me bravery is living your life openly as you are, amidst bigotry and hate, it is sitting at the front of the bus when society tells you you don't have the right, or stepping up with courage and dignity and taking that first step in a long and arduous battle with cancer. Those things take courage. Combat is something else entirely, something I don't have a word for or understand. Is it training? Teaching the mind to do something that is completely abnormal to every ounce of fiber in the human psyche that says flee? All I know is that it is possible and works because every time we as a nation stand up and point and say "there, there is your enemy" the military strap on their boots, set their jaw and hurl themselves at the dogs of war.
"Theirs not to make reply,
Theirs not to reason why,
Theirs but to do and die:
Into the Valley of Death"
Tennyson
Posted by Kevin Menck at 10:32 AM 2 comments: