...which in the case of the painting above is a good thing.
The Cumberland Society of Painters had a meeting Thursday night and agreed to have a "critique" after. We all brought paintings for the exercise and I had just finished the painting above that morning. During the critique of the painting there were a few compositional issues brought up so I took the painting home and followed the advice and "voila", a better painting! I think it actually helped the feel and design of the painting.
This was one of the first group critiques I had been a part of so I have to say I was a bit apprehensive trying to tell people who are much more experienced than myself how I think it ought to be. But after watching them I noticed it can be very constructive and I think we all have the same problem of being our own worst critic. I can stare at one of my paintings for only so long before it starts looking like a Jackson Pollock and it's nice to get fresh minds and eyes to see things you just can't pick up on.
Anyway, I may try this piece larger because I do like the feel of it and hopefully I can translate some of the qualities of it as I enlarge it.
Posted by Kevin Menck at 5:19 PM 3 comments: 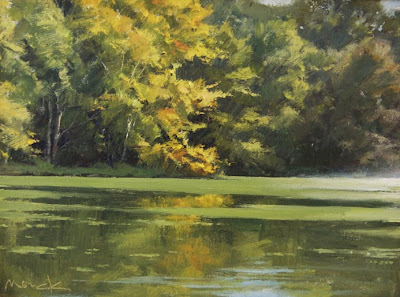 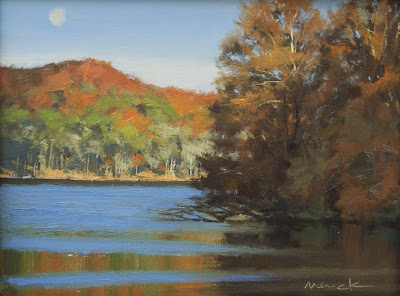 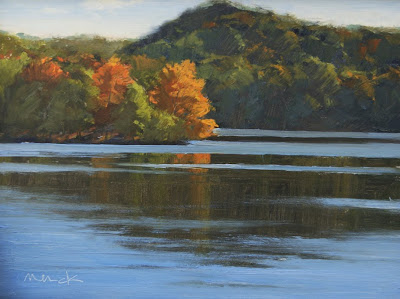 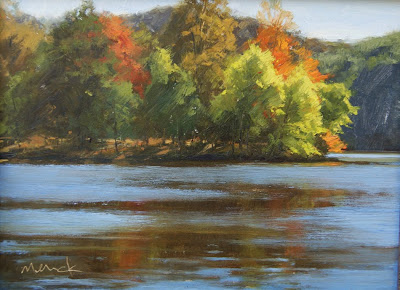 The Chestnut Group is having their Radnor Lake Show this weekend. The Patrons party is Thursday night and the show begins in earnest on Friday morning at the Nature center there at Radnor. As we were setting up I saw some fantastic art and it looks like the Chestnut Group has taken it up a notch yet again.
I have posted my effort for the cause and hopefully we can raise a little money for the park. They still have quite a bit of damage from the May flood and every little bit will help.
Posted by Kevin Menck at 7:28 PM 5 comments: