I apologize for the quality of the photos but our good camera was STOLEN! In a robbery. They kicked our back door open then up the stairs in the garage to kick the door there that leads into the kitchen. They really didn't take that much, a big screen TV, the camera, and a bit of jewelry. The most unfortunate was a piece of jewelry that my wife's mother had given her before she died that was not worth too much monetarily but meant a great deal to her personally. Insurance can't replace that. I think the worst part for me was the intrusion into the house that I raise my kids, wrestle with my dog, spend evenings with my wife. That intrusion into MY space is disturbing. And to know these guys would put their life on the line for a big screen. Sooner or later their luck will run out and they will break in on a home owner who happens to be home. Then what? Just glad it wasn't me.
Anyhoo, got a couple of poorly photoed pieces that I got done over the last couple of weeks. The little still life was done at one of Jason Saunders studio painting nights and before I left he popped it in a 22 kt gold leafed frame from AU Frames Inc. MMAAAnnn it made that painting look good. It was like putting a diamond necklace on a goat. It really dresses up the goat. I would suggest to everyone out there to buy just one to keep around and right before you put the piece in the frame you will have to sell it in pop it in the gold one and take a look. It's soooo much fun.
Posted by Kevin Menck at 3:16 PM 8 comments: 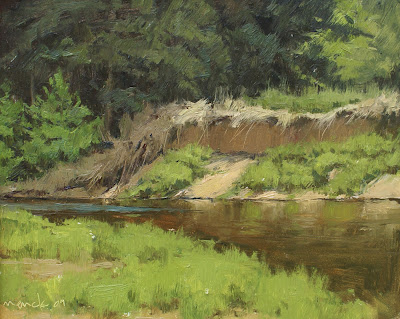 The piece above was accepted into the Oil Painters of America's 2009 Eastern Regional Show at Corse Gallery in Jacksonville, Florida from November 20, through December 23 and I couldn't be happier. It is really fun to see your name on a list with other artists you have admired for years. I also noticed a few other Tennessee artists made the cut. Congrats.
Posted by Kevin Menck at 3:01 PM 6 comments:

I have been painting along the Cumberland River at Cheatham lake and wildlife management area. The paintings above were done in an area near the dam that is a huge river bottom surrounded by bluffs on all sides. It's gorgeous the way the land lays in between the ridges. As I was painting the fourth generation owner of part of it pulled up to chat and see what I had going and told me that during the Civil War, yankee gunboats would come up the river headed to Nashville and his ancestors lived right on the river in a nice home they had built there. When the boats started coming and going they moved back up in the back of the farm in between the ridges to hide because they thought being on the river with the Union army up and down was too dangerous. When you're standing there painting with all the modern trappings of the lives we lead around you, you forget what has actually transpired on the land you're occupying for that moment and how much it has changed in those few generations. Maybe a hundred and fifty years from now they will tell stories of this "great plein air painter who stood on these acient river banks and cranked off 8x10 masterpieces...."
Posted by Kevin Menck at 7:03 PM 6 comments: 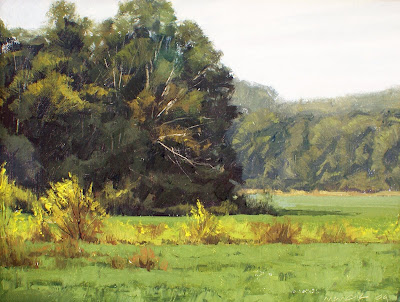 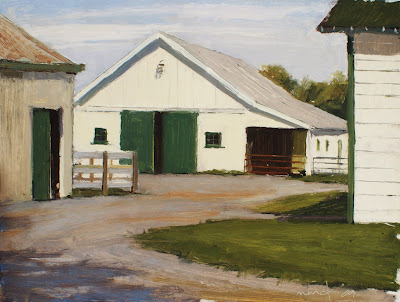 Well, I have switched painting panels again. Sorta.
I used to use the Pintura Panels. From there I went to the Source-Tek Claussen Linen panels and then discovered the Ampersand Gessoboard which I liked quite a bit. For some reason I really enjoyed working with the smooth surface of the Gessoboard. I could lay down a thin coat which would dry rapidly as an undercoat and I could work on that which gave me a real nice look. I started to sell off my Source-Tek stuff and then got caught short this past week and used one. I loved it. I'm so fickle.
I have found that life is all give and take. There are some things about the Gessoboard I can't get with the Source-tek and visa versa. I guess there are no rules to this and in the future will be using a combination of both. That experimentation and variety is what keeps this so interesting anyway. I just hope I don't find another panel I like or I will loose my mind.
Posted by Kevin Menck at 1:29 PM 7 comments: 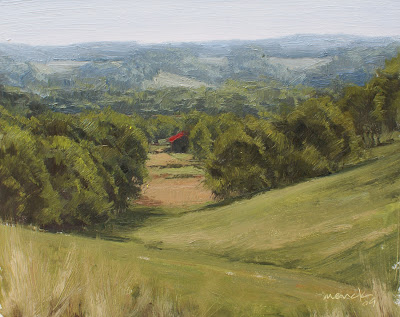 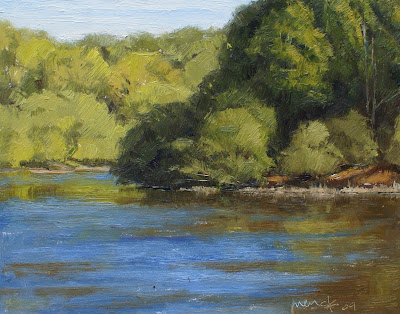 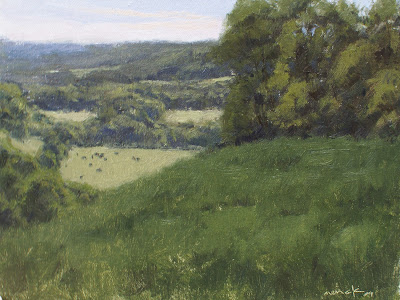 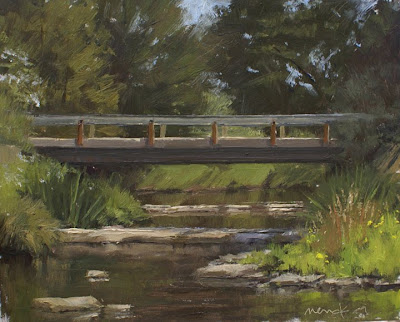 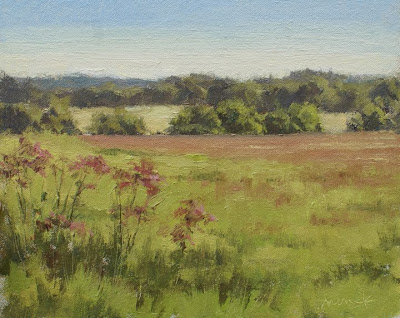 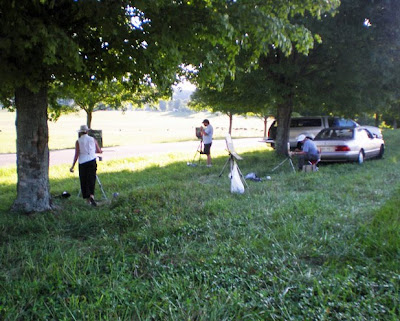 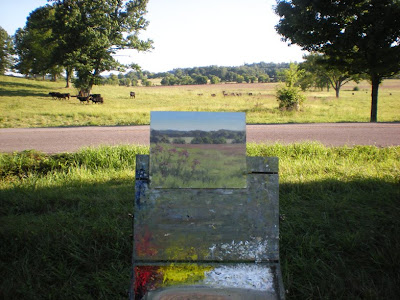 These are some of the paintings I got done over the course of the week starting with a Chestnut Group/Plein Air Nashville paint out at the Butka farm in Bells Bend on Sunday. The rest were done from Leiper's Fork to Williamsport. I also had the opporutunity to paint with Jim Frazier, Roger D. Brown and Beverly Evans on Tuesday. Since the Door County trip she is officially one of the guys.
Also, the Cumberland Society is starting a blog. We will be posting the things we are involved in and what work we are working on from time to time. We hope it will be a format for a little artistic give and take and to stay in touch with the art community. I know I am looking forward to seeing what the other members post.
Posted by Kevin Menck at 4:03 PM 7 comments: